It is not uncommon to hear in Nigeria that feminism, the female-oriented pursuit of gender equality, is un-African. That the subjugation of women is what it means to be African is only one of the many myths that have sprung up in modern African societies to account for lost time; precisely the pre-colonial era of which records remain sparse.

In public spheres particularly, the term un-African has come to represent an ideological dead end, the point at which highways through plains of thought and discourse abruptly collapse, plunging people into states within which there can be no knowledge or new information gained. With feminism, what seems incomprehensible and unacceptable to opposers is that African women (of all women) should strive for political, social, economic and even biological agency.

With the foregoing in mind, in our first issue, The Republic explores womanhood from multiple standpoints. Against the un-Africanness of feminism, Eniola Anuoluwapo Soyemi offers a global history of feminism, in which she argues that African feminism is not an offshoot of Western feminism but a legitimate and organic way of life. In colonial Nigeria and colonial Zimbabwe, she writes, women-led movements were vital components of anti-colonial and nationalist pressure for Independence. But Western feminism, she concludes—as a result of the region’s cultural hegemony—remains the centre of global feminism and does not accommodate the different realities of majority of the world’s women.

C. S. Lozie looks at femininity in the public imagination, arguing that where society nationalizes masculinity, the feminine aspects of society remain isolated, hidden, repressed. According to her thesis, society is masculine with little to no investment made into understanding the realities of female life. Men—and, therefore, society—know very little about women and we can think of this little as the basis on which society develops the social norms, laws and institutions that govern women. The impact, she concludes, is the proliferation of communities built with mythical or abstract women in mind, that are incapable of effectively engaging with the real affairs of women.

Zahrah Nesbitt-Ahmed performs a deep dive into female economic empowerment in Nigeria, making a strong case for investing in women and women-owned enterprises. Primarily as a result of cultural factors, women, she highlights, contribute majority of the labour in the care economy. Such labour is undocumented and earns no income; and where the size of the care economy can provide insight on the aggregate levels of potential incomes lost to unpaid domestic work and child care, her essay lends to thinking of what levels of un-received income can be transformed into real income and better living standards—sustainable development—by empowering women financially.

Aisha Mukhtar Dodo writes on the impacts on women of public health failures in northern Nigeria, where the mortality rates of women and children are on the rise. In addition, Tolu Ajiboye comments on the sexual and reproductive rights of Nigerian women. Irene Chidinma Nwoye discusses the US, where Donald Trump has just begun his first term as president, and the significance of his presidency to American feminism. Finally, Saratu Abiola, ‘Pemi Aguda, Louisa Egbunike and Adebola Rayo, among others will review select chapters of Flora Nwapa’s Efuru, in celebration of the novel’s fiftieth anniversary.

Overall, there has never been, in Nigeria, a more appropriate time than now to hold meaningful, nationwide discussions about gender; to understand how gender differences operate in society; to observe the gendered dynamics of our current economic climate; to gain grasp of newer, more challenging views on public life; and, in doing all of this, to develop the grounds upon which to strive for more informed policy-making. As a society, what we have in taking gender issues seriously is not as much a duty to women as it is a debt we owe women.

That said, welcome to our first issue. We encourage our readers to engage with our essays and articles and to provide insightful comments. Readers may also send their views directly to the Editor by addressing letters or emails (both of no more than 700 words) to submissions@republic.com.ng, with the subject ‘Letter’. Comments and letters to the Editor will be archived and, depending on the quality of the arguments presented in each, we may reach out to assist in developing your letters and comments further for publishing in the magazine.

At The Republic, we will always prioritize the meaningful exchange of ideas. Always, we will find ourselves tasked with pressing forward: on the most critical of social, political and economic issues; by innovating through dead ends; and by providing guidance through thickets of opinion, ignorance and misinformation—three main features of our time—in search of glades of insight⎈ 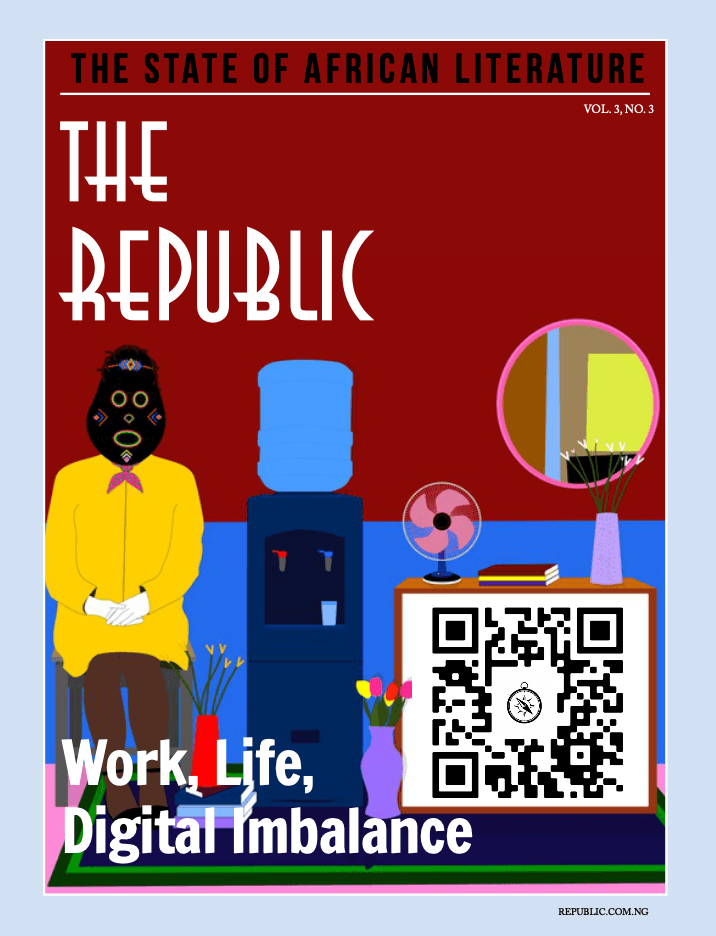 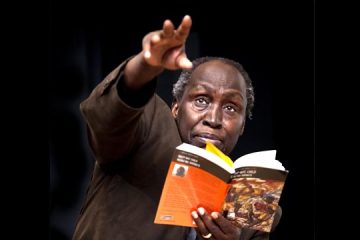 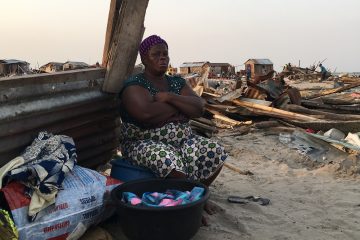 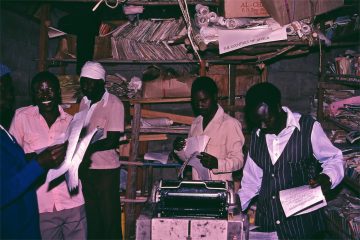 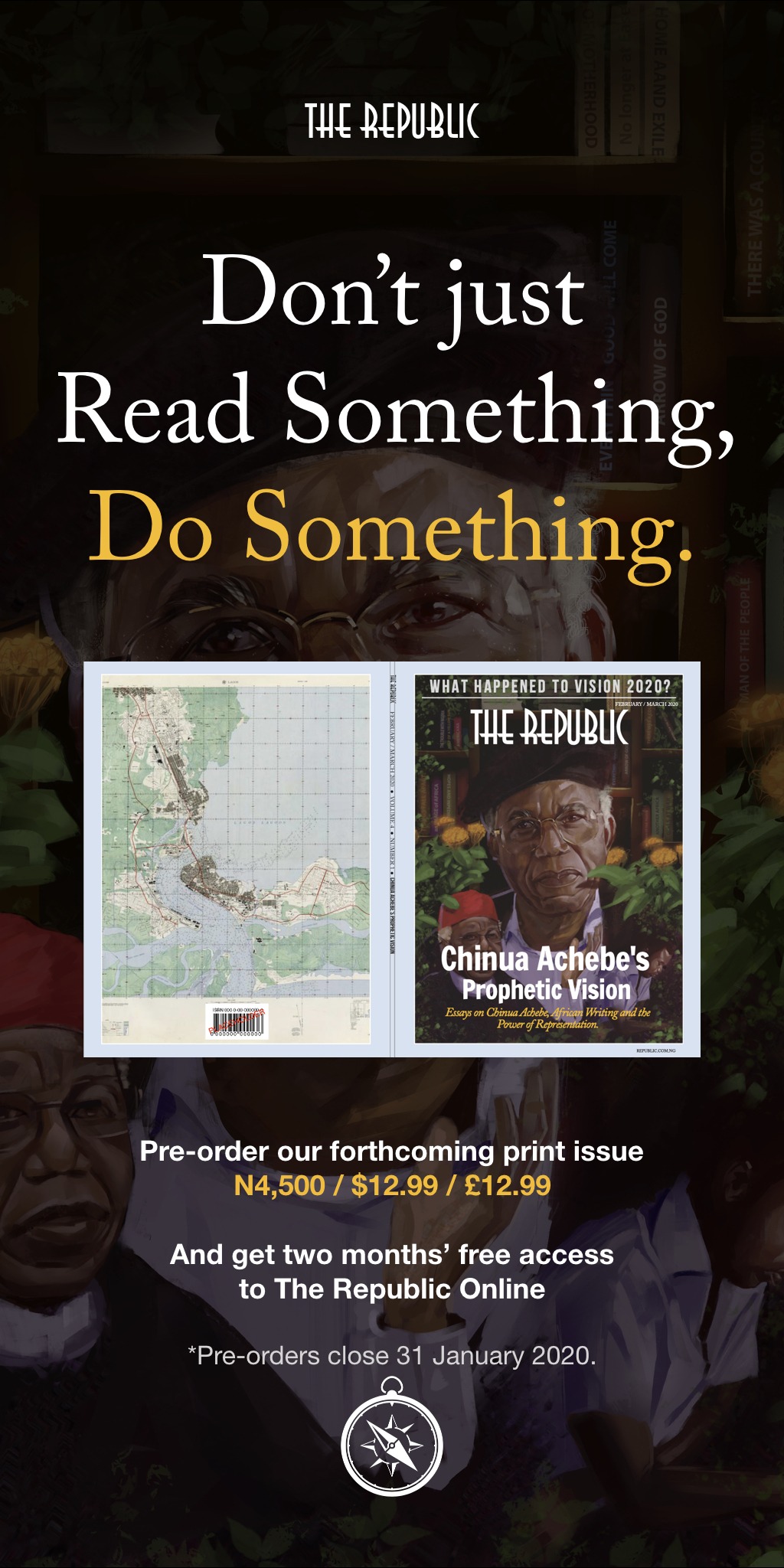 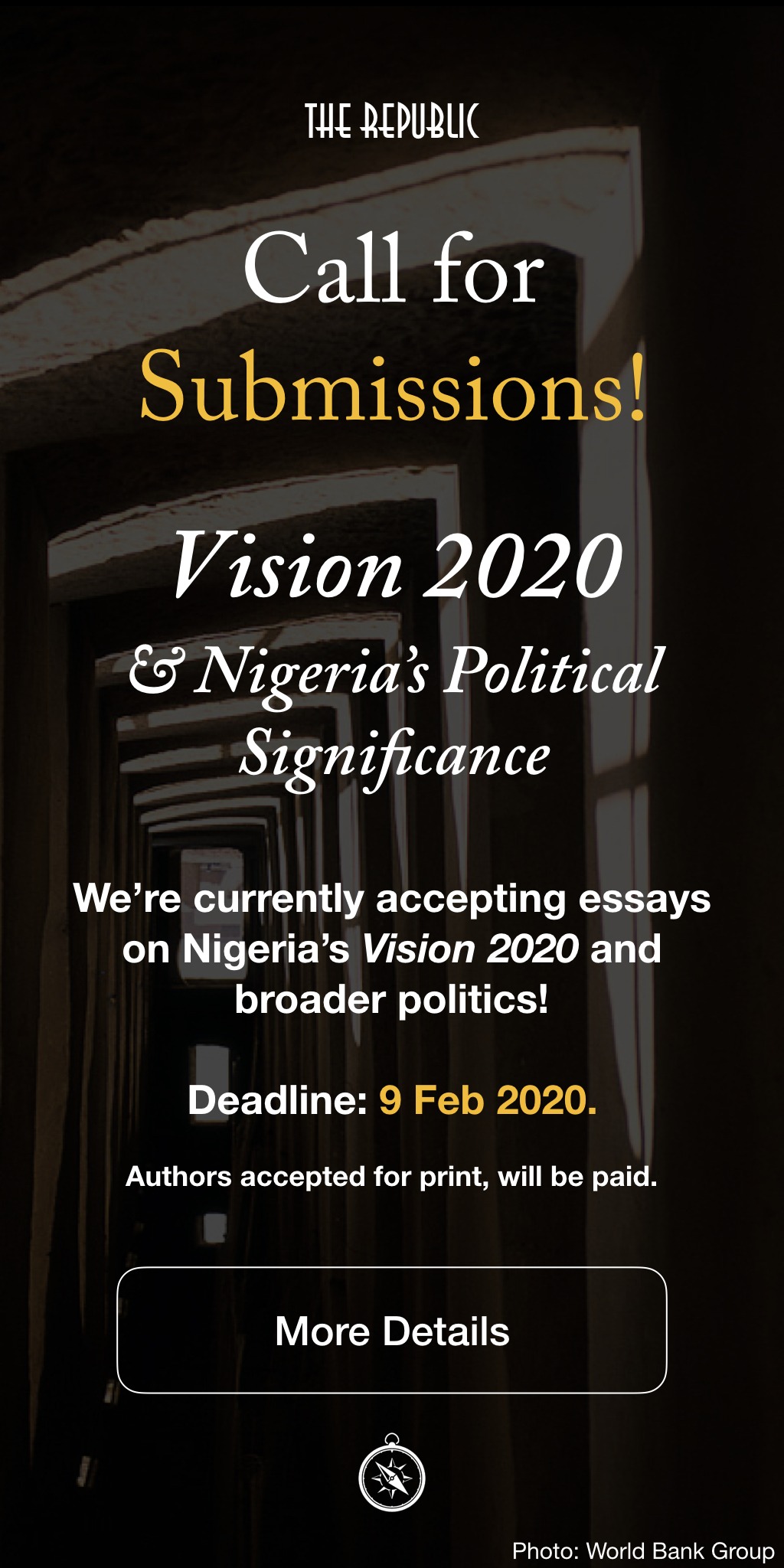